On June 18, 2022, at the Kazakh State Academic Opera and Ballet Theater named after Abai hosted a ceremony honoring health workers with the participation of the head of Almaty – Yerbolat Dosayev.

E. Dosayev congratulated medical workers on their professional holiday and thanked them for their selfless work. He noted that this holiday is a reminder of how invaluable and significant the work of a medical worker is.

During his speech, the Akim of Almaty said that work is currently underway to develop a comprehensive program for the modernization of the healthcare system until 2030, which will be aimed primarily at improving the efficiency of primary health care, upgrading infrastructure and introducing new technologies in hospitals, etc.

In honor of the holiday, various awards were presented to veterans and employees of the healthcare system of Almaty. Mayrane Karbayeva – Lecturer of the Highest category of Our College was awarded the lapel badge of the Ministry of HealthCare “Enbek Ardageri”, which was presented by Akim of Almaty Yerbolat Dosayev. 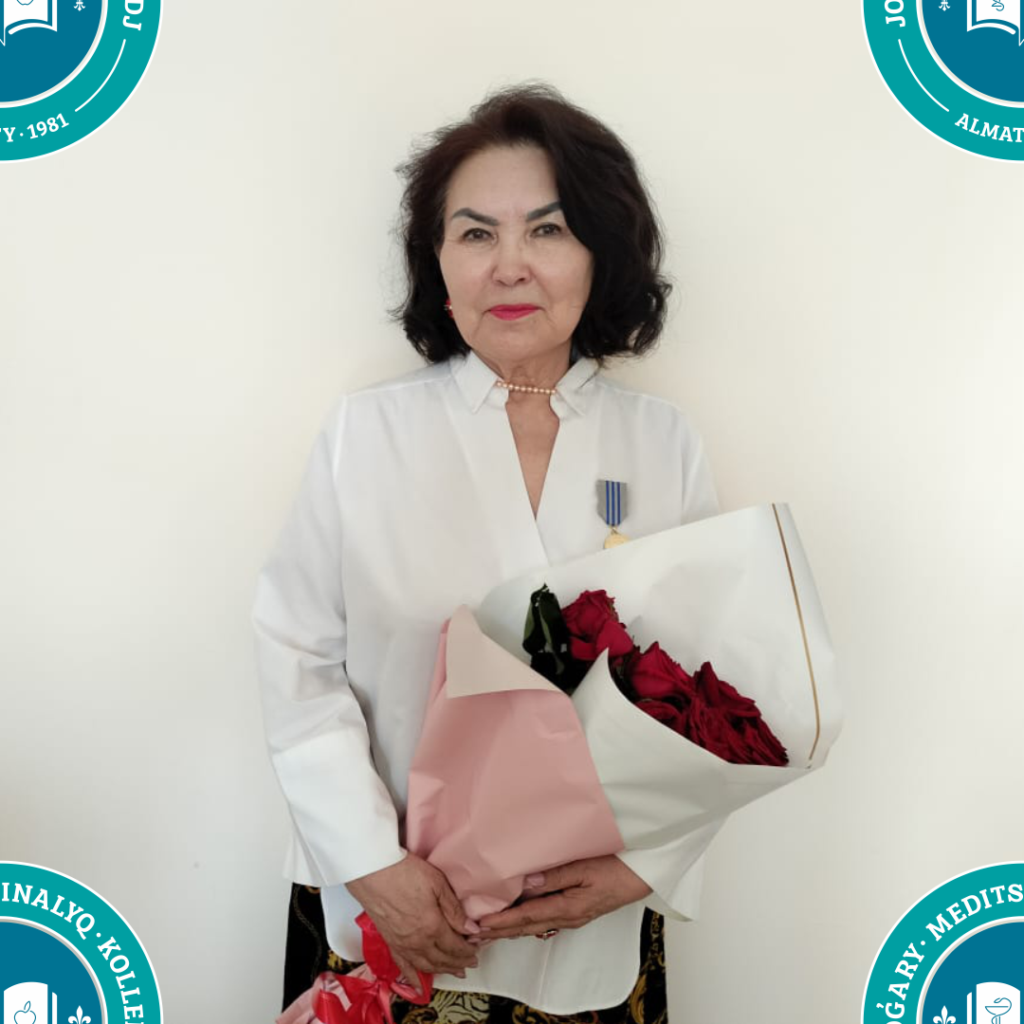 Mayrane Karbayeva has 52 years work experience in healthcare system. She has been working at our college since its foundation (since 1981), she has held various positions: Head of the department, Dean, Vice-Principal for Practical Training, Vice-Principal for Academic Work, Acting Principal. She worked in the team of the first College Principal – Kalkaman Ayapov, she was one of the initiators of nursing education reforms in Kazakhstan.

Currently, She teaches Latin and Pharmacology, and is a mentor to young lecturers.

The College staff congratulates Mirana Karbayeva! Thank you for your responsibility and creative approach to your work. Please accept our sincere wishes of kindness, love and happiness, health, new victories and achievements!