Municipal state enterprise on the right of economic management “HIGH MEDICAL COLLEGE” Public Health Department of Almaty is one of the oldest educational institutions in Almaty, founded in 1981 and prepares medium-grade medical personnel in the following specialties:

In 2018, the college received the status of “High” for students preparation of “Applied bachelor degree” in “Nursing”.

Among the 10 medical colleges of Almaty, our College is the only subordinate organization of the Akimat (city administration), and carries out state educational order.

The college has an “Educational and Methodological Center”, which provides advanced training for doctors and middle grade medical staff of Almaty. More than 5000 specialists take training course annually, including advanced training abroad. Thematic workshops and seminars are held with the participation of foreign experts.

February 20, 1981 – The Minister of Healthcare of the Kazakh Soviet Socialist Republic Toregeldy Sharmanov, on the basis of collegium of the Ministry of Higher Educational Establishments of the USSR decision, “in order to improve staffing level of health facilities in Alma-Ata with medium-grade medical personnel,” signed an order to open the City Medical Secondary School in Alma-Ata. The admission plan for the 1981/82 academic year was 540 people, including 210 people for evening classes.

On the proposal of the Ministry of Healthcare of the Kazakh SSR, the Soviet District Communist Party Committee of Alma-Ata appointed to the City Medical Secondary School director position Kalkaman Ayapov – Candidate of Medical Science, Deputy director for practical training of the Republican Medical School.

​The educational building of the City Medical Secondary School was located in an old building in the center of Alma-Ata, streets intersection of Nauryzbay batyr and Kabanbay batyr.

The history of this architectural monument is remarkable. The house was built for charity purposes, for children of poor people and orphans. The building survived after destructive earthquake of 1887 in Verny (the former name of Alma-Ata). On April 4, 1979, by the decision of the Almaty City Executive Committee, the building was included in National register of historical and cultural monuments of the Kazakh SSR. The first decade of City Medical Secondary School was in Soviet Union period.

In the early years of independence, Kazakhstan began to develop partnerships with educational institutions of other countries. The cities of Tucson (USA) and Almaty were declared twin-cities. Based on an agreement between these cities, several medical institutions entered into this partnership, including our college. Our partnerships, which began in November 1993, helped to improve material and technical foundation of our college.

In Tucson, our lecturers repeatedly completed an internship, got acquainted with the system of medical personnel training at the University of Arizona and Pima College. The team drew up program-plans for all four levels of nurses training, which made it possible to train personnel with various qualifications and expanded responsibilities.

For the first time, we began to train personnel with the qualifications of nurse aide, specialized nurse, and nurse manager. The first graduation of specialized nurses in obstetrics and gynecology, as well as in emergency and emergency management was in 1995. In the same year, the college won a grant for $ 28,000 from the Soros Foundation, which was spent on necessary equipment for educational process, and the American International Health Union provided equipment and literature for $ 24,000.

June, 1995 – Almaty College, with the participation of the “Mashav” Educational center (Israel), held international courses for local lecturers. Teachers from Israel shared their experience with colleagues from Kazakhstan: teaching methods, and held a master class in the field of communications.

Our partnerships with foreign educational institutions had been further developed in improving academic programmes. In 1996, American colleagues analyzed our nurse manager training. Representatives of the University of Rochester (State of New York): Ann Marie Brooks – Doctor of Nursing Science and Tony Smith – Doctor of Pedagogy gave a positive evaluation to our work.

The first graduation of nurse managers took place in 1996 (49 graduates). The project coordinator from Tucson, Dr. Emily Jenix, guests from Ministry of Foreign Affairs of the USA, Israel, and India were invited to the prom.

Then, under the supervision of Deputy Director for Academic Affairs G. Beisenova were created academic programmes for 3 and 4 terms. We introduced new subjects: nursing management, administrative process, foundations of alternative medicine, scientific research, geriatrics and gerontology, psychology, culturology, pedagogy, social medicine and healthcare management. For the first time in college, term papers was introduced as a new form of final control.

Training and information center with Internet access was opened in 1997. Thanks to partnerships with American colleagues, the college had been using this service for 5 years.

From 1995 till 2006, the college had a four-level system of nurse training (the American model), according to the model nurses were trained in the following specialties: nurse aide, general practice nurse, specialized nurse, nurse manager, nurse with higher education.

From 2006 till 2008, the college pricipal was S. Seydumanov, who first of all transformed the appearance and internal condition of the college building. Over a hundred-year period of existence, the building had been repeatedly reconstructed, but thanks to the state program “Cultural Heritage”, as well as the efforts of the college principal S. Seydumanov, tremendous work was done to restore the historical monument of wooden architecture, which is one of the decorations of our nation.

In accordance with the order of Healthcare Department of Almaty, on the basis of Advanced training Department was organized new Center of Postgraduate Additional Education for medium-grade medical personnel.

From September 2008 till October 2011, the college was headed by D. Dauletbaev, MD, surgeon of the highest qualification, a person with managerial work experience in practical healthcare, who is familiar with educational process, and have extensive scientific knowledge.

November 25, 2008 – The college staff held a City Scientific-Practical Conference of Almaty nurses “Nursing in knowledge development, innovation and practice.” The result of the conference was “Development Programme of Almaty Medical College until 2011”.

Since April 2018, the college was headed by Aigerim Ospanova.

Candidate of Medical Sciences, Master of Business Administration. She graduated from Akmola State Medical Academy in 2000. In 2001, internship in therapy. She has over 13 years of experience in the Ministry of Healthcare of the Republic of Kazakhstan from senior specialist to Acting Director of Science and Human Resources Department. She worked in a medical holding, research centers, she was Deputy Chief Physician for Treatment in clinic. She supervised medical education and science at universities, research centers and colleges.

The college received the status of “High” and license of “Applied Bachelor’s programme”. Our students actively began to participate in lecturers councils, they were involved in College management process. Learning process has been changed and special focus is paid to communication skills and practical sessions. We created new format of the Student Council. 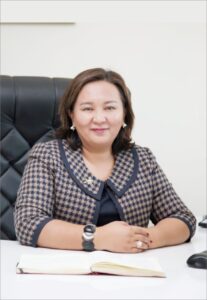 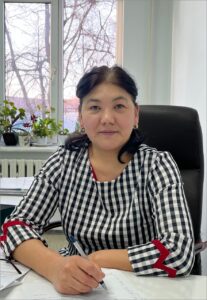 Vice-Principal for Organizational and Economic Work 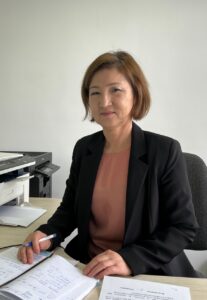 Head of Educational and Methodological Center 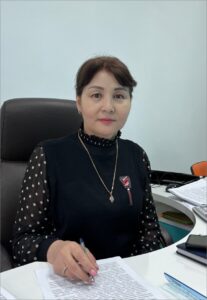 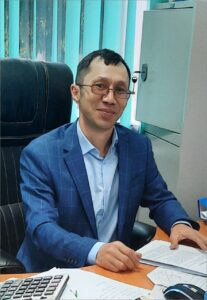 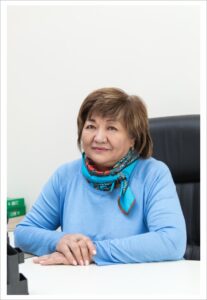 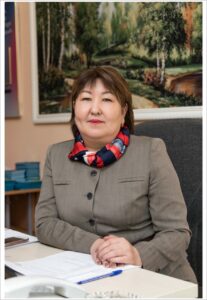 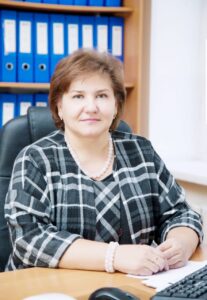 Head of scientific and methodological department 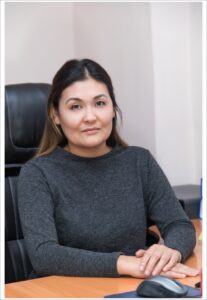 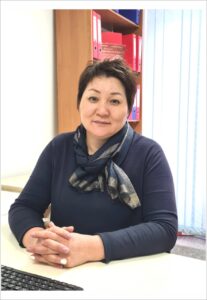 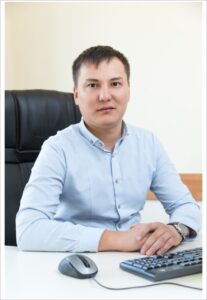 Head of IT department 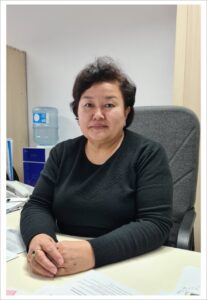 Head of administrative and household department